8 Ways to Smoke Weed Without a Pipe

WeeDeeliver > 8 Ways to Smoke Weed Without a Pipe 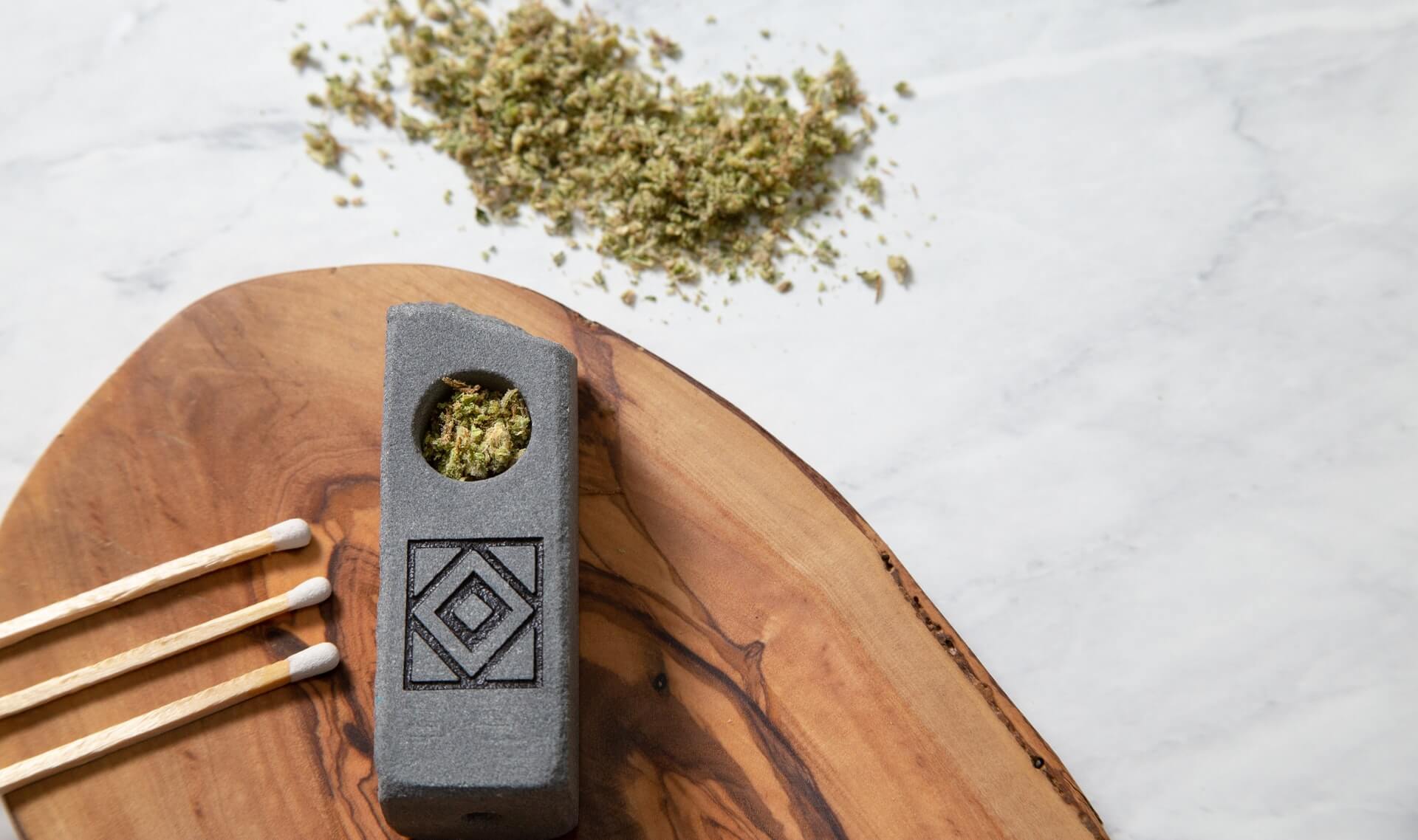 Ways to Smoke Weed Without a Pipe – The popularity of cannabis concentrates is increasing day by day. Although its existence is almost as old as the use of the plant itself, it is in recent times that the multiple forms of its consumption have been explored. In principle, smoking dab is not as simple or straightforward as a smoking flower. This is due to the temperatures that need to be reached to vaporize the oil properly.

Ways To Smoke Weed Without A Pipe

Today we at WeeDeeliver will explore the Ways to Smoke Weed without a Pipe that facilitates this task.

One of the most colorful favorites is to vaporize the cannabis extract in a bong. To do this, the bowl is replaced by a nail or a banger. They are heated to a minimum temperature of 200 ° C, usually with a torch. Then, on contact, the concentrate melts and transforms into vapor almost instantly.

The goodness of the bong is that it cools and softens the steam to inhale. This, along with the size of the receptacle, allows for large and dense “pulls”.

As we mentioned, cannabis concentrates require a more significant number of tools than a bud. It is not the same to walk from here to there with your little pipe, carrying a torch, nail, bong, and dabber, and on top of it, the concentrate.

This type of taster partially solves that problem. Without any doubt, it is the most functional and smallest utensil with which it is possible to consume a dab correctly. You only need to heat the small tray in front of the taster and melt the BHO, rosin, or your favorite resin there. 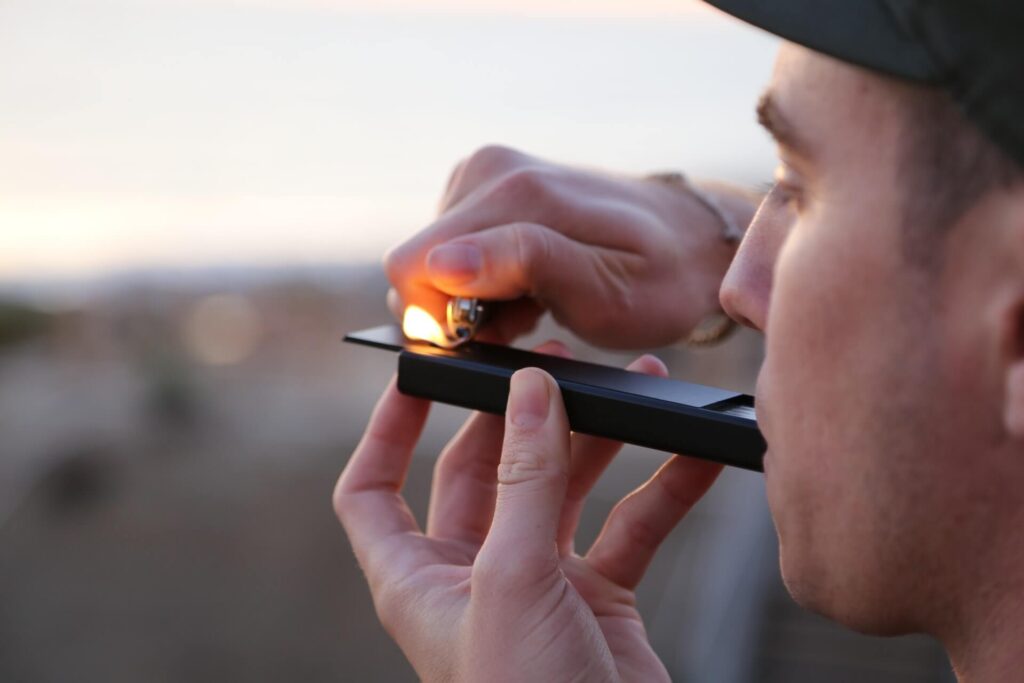 Some debate this option. Today herbal vaporizers work without any problem and considered one of the best ways to smoke weed without a pipe. But the cannabis concentrates require higher temperatures, which must be taken into account when choosing a vaporizer.

It is also worth mentioning that, for most of these types of vaporizers, the battery does not last more than a couple of hours of continuous use, so it will be time to plug in the electrical current and wait.

This adapter solves the battery issue in the previous point. Adapters are not very common, but they work quite well. Screw on a cartridge battery; hence the operation is the same.

The concentrate is placed in a reasonably small resistance, so it should be consumed in small quantities not to spoil the tool. 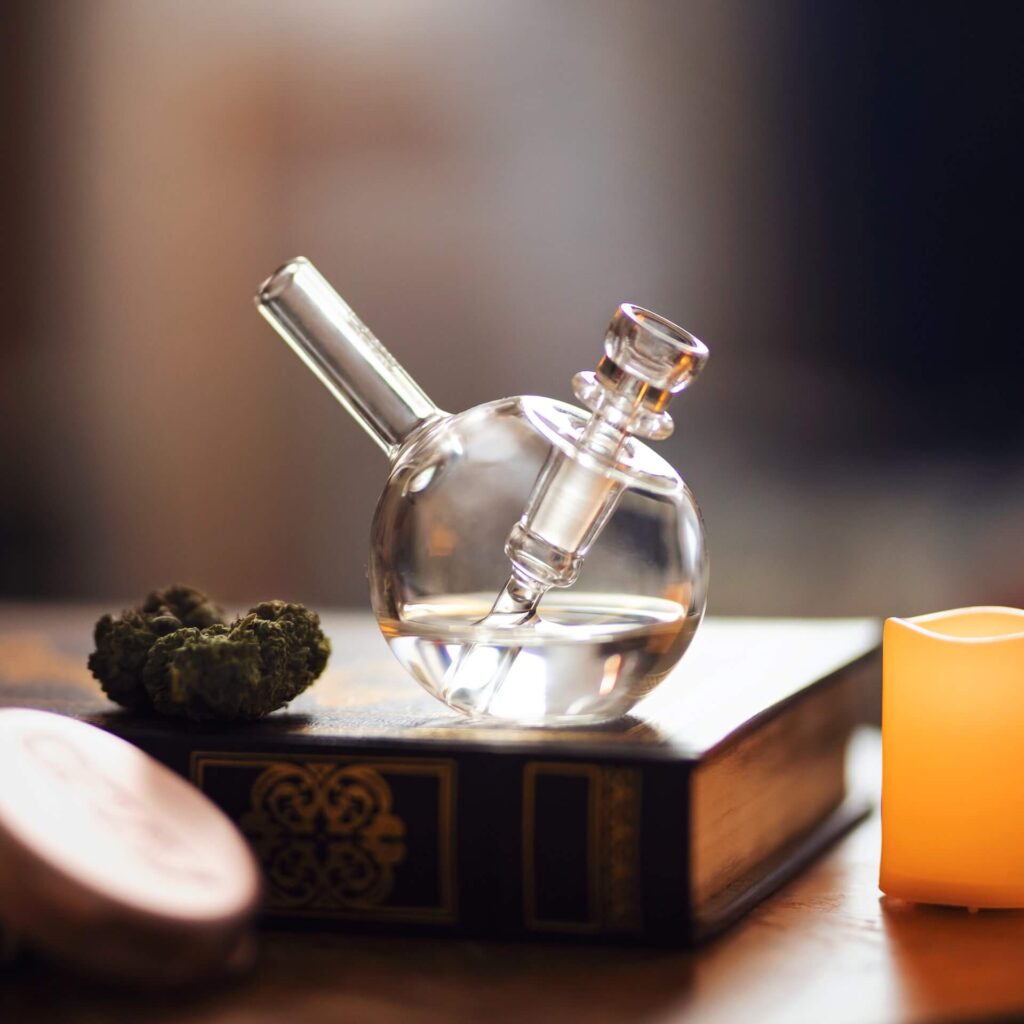 A bubbler is a kind of a cross between a pipe and a bong. It is small and easy to handle, like a pipe. Plus, it can get you high quickly, just like with bongs. Most bubblers are made of glass, with round chambers on the sides or end.

The bubblers are also unique because they have a chamber containing water. The smoke produced by marijuana passes through this chamber and cools slightly, giving users a fresh marijuana taste. However, bubblers also have variants. The most common types are hammer-type, pendant-type, double, and Sherlock bubblers.

Corn husks are a trendy alternative to the regular paper roll. They are natural, and many people choose them as a healthier option. In fact, in countries like Jamaica, Corn husks are chosen as their first choice. Before smoking weed with them, make sure the leaves you want to use are dry and clean. Additionally, corn husks provide a natural flavor to cannabis smoke. 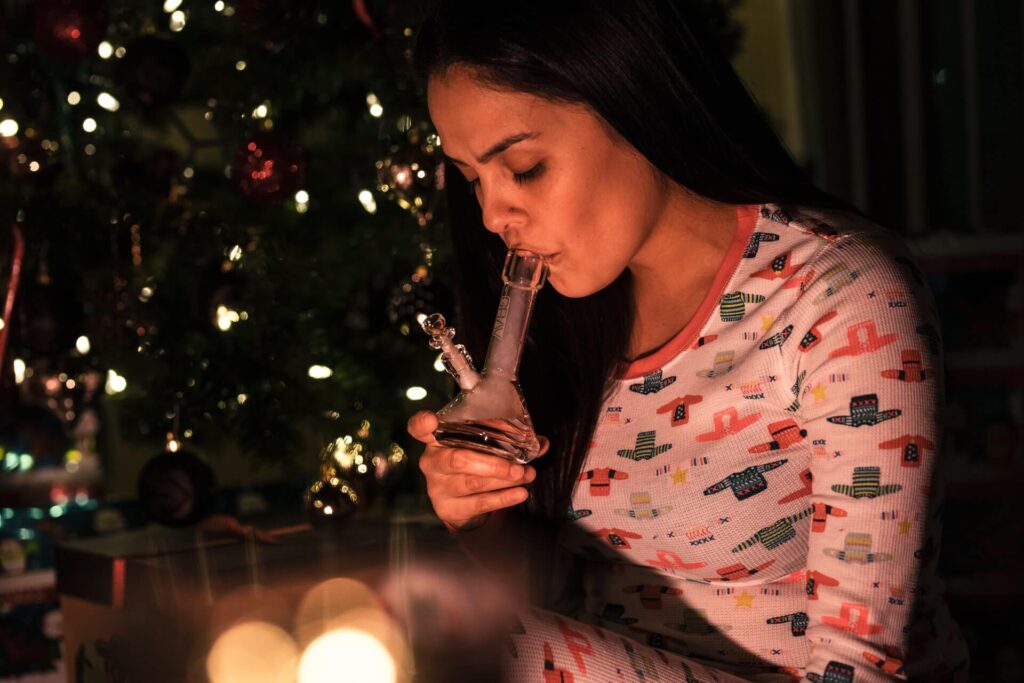 A gravity bong or water bong is a smart way to smoke weed without a pipe at home. It is relatively easy if you know the technique. All you need to use it are some simple and accessible materials.

This option is for extremely potent marijuana extracts. With dab rings, you can try using budders, honeycombs, or shatters. This device concentrates the extracts using the vaporization method. Due to their extreme power, dab rings can take effect to entirely new levels.

The dab rigs don’t need lighters; instead, they get along very well with torches. Since dab rings don’t use the combustion method (like the joint), they are much healthier than other ways of using marijuana. You will also find that its vapor is purer than regular cannabis smoke.

Ways To Smoke Weed Without A Pipe

Hence, there are different ways to smoke weed without pipe. Trying out different methods to make things more interesting is never a bad idea.