Can Drug Dogs Smell CBD Oil? Some dangers lurk for cannabis users who want to take their weed with them when traveling. Even in countries where marijuana is legal, weed is still banned on flights. And for those who live in a country where cannabis is completely banned, the consequences of being caught with a certain amount of cannabis can be severe. Short trips in the countryside aren’t usually a problem, but longer trips increase the risk of stumbling over serious obstacles, such as drug detection dogs.

Don’t Take the Power of a Dog’s Nose Lightly. 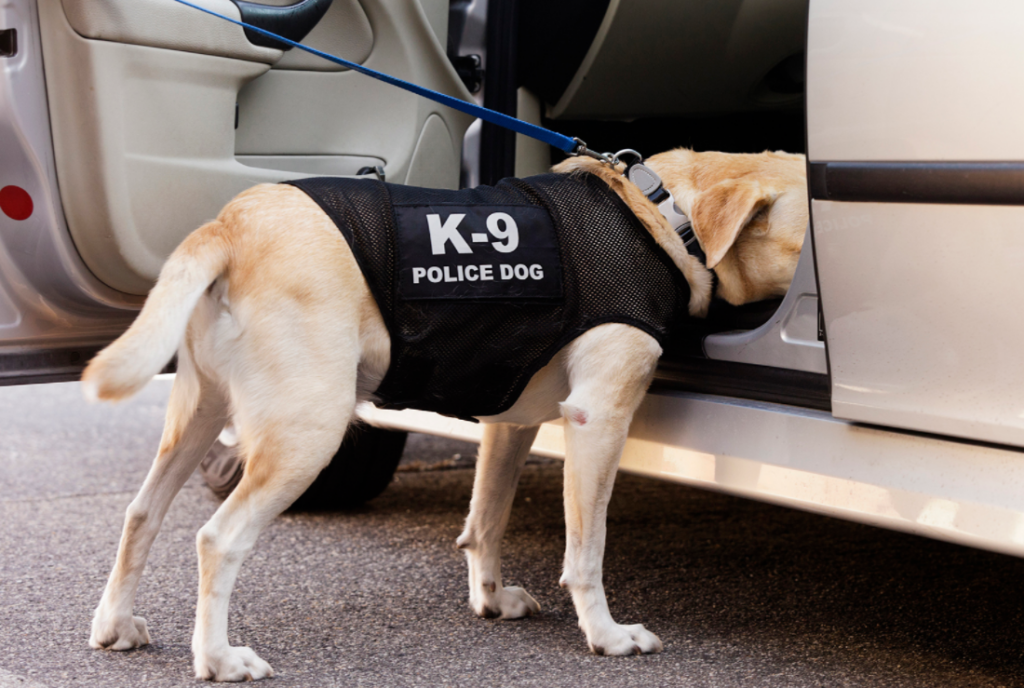 There’s a good reason why humans have used dogs for hunting for centuries and why the police use these intelligent animals to track down illegal substances. Their sense of smell is undoubtedly one of the most impressive in the animal kingdom, and their high intelligence means that these animals can be trained to use their senses to recognize certain smells.

Dogs feature more than 300 million olfactory receptors. In comparison: humans only have 6 million of these receptors. Also, the brain area responsible for processing rumors is 40 times larger in dogs than in humans. Dogs can do much more than just smell; they have a different olfactory organ that allows them to sniff out chemical pheromones.

If you think you might be lucky enough to stroll through a train station, airport, or busy city center with a bag full of weed and avoid a dog’s nose, you’re wrong. It is not easy to keep your weed a secret from such a delicate nose. However, if you want to carry your weed with you in an “unsafe” place, we have a few tips for you to help you avoid being caught.

Before we at WeeDeeliver get into what works, let’s discuss what doesn’t work. It is a common mistake to believe that masking the smell of weed is enough to trick a dog’s nose. Smugglers have tried to hide their weed in food, spices, and aromatic “disguises” in hopes of masking the pervasive smell. Although the potent smell of culinary spices may make it impossible for us to detect the presence of weed, dogs can process scents in a much more nuanced manner.

Dogs can detect individual scents in a mix of different smells with extreme accuracy, making it virtually impossible to mask the smell of cannabis oil when exposed to a team of police officers with drug-tracking dogs. These remarkable animals smell in stereo and receive a different olfactory profile through each nostril, which allows them to differentiate the incoming sensory data.

Drug dogs at the police station also find traces of grass, even if it is no longer there in the suitcase or the wallet. The focus is on cannabis and, above all, hashish. A known-strong scent stays in the air for hours and even up to a day after removal, which the dogs sniff out 100%! So the drug dogs can also smell the wax even stronger than oil.

Can You Track A Drug Detecting Dog?

It’s uncertain whether you can fool a well-trained drug tracker or not. Even if you take the right precautions and seal your weed within a few layers of odor-proof plastic, the slightest mistake – like a crumb of weed in your pocket – could result in all of your stash being discovered.

That being said, various cannabis enthusiasts who travel with CBD cartridges and other cannabis concentrate states that they have no problem getting through the controls quickly, which also have drug detection dogs. Unfortunately, nobody can guarantee that this will work.

The bottom line is that it’s just not worth the risk if you don’t have the tools you need. Most users will be better off merely tucking their weed at home with these tips.