Marijuana Tattoos: Is It Bad to Smoke Weed Before Getting A Tattoo?

WeeDeeliver > Marijuana Tattoos: Is It Bad to Smoke Weed Before Getting A Tattoo? 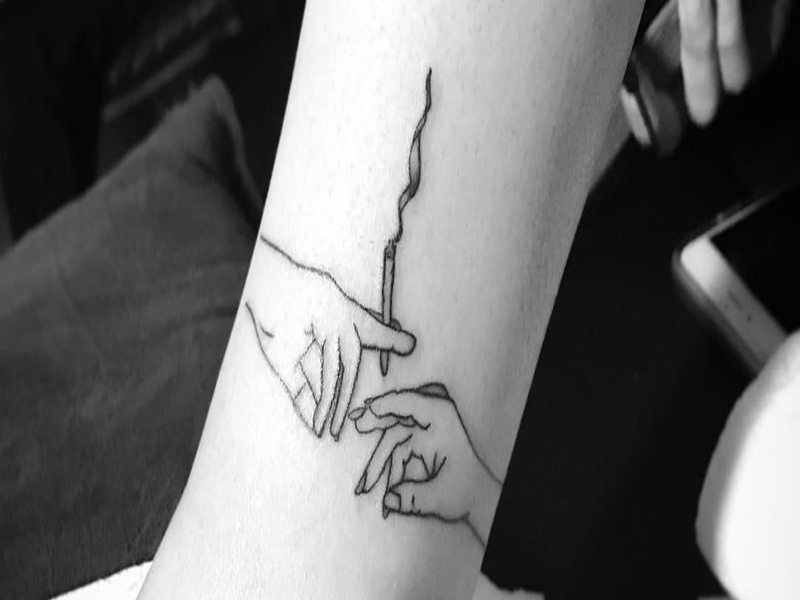 People get tattoos to show off their fashion style statements, religious purpose, or to show their personal feeling for various things by getting it permanent on their skin. Getting permanent tattoos on different body parts is highly popular among people of all ages in today’s world. The innovative changes have made it possible for everyone to get any design from small to big ink on its skin.

Small Marijuana tattoos look impressive on body parts like ears, fingers, and knuckles. But if we talk about large tattoos, they look more attractive and fabulous on the chest, arms, back, and legs.

Why Are People Crazy About Getting Marijuana Tattoos?

The tattoos and marijuana are two lifestyles that go hand in hand. Both form a beautiful but controversial love story. And it is that more and more people decide to tattoo the cannabis plant despite the controversies it may generate.

Tattooing is a way of expressing yourself. Marijuana is no exception, and it is easy to find people who decide to engrave some icon representative of the plant on their skin.

The problem is that marijuana represents a very controversial symbol. Today, for many people, it has a negative meaning associated with drugs or toxic. However, there are fewer qualms about tattooing different cannabis icons on your skin.

How is Cannabis-Related to Tattoos?

Tattoos and marijuana mostly share the worlds of rebellion and transgression of a community that, in general, seeks to build an identity based on its discontent with the world of what is authorized.

CBD-infused skincare is not emerging out of anywhere, as like many of the other widely marketed skincare products, there is generally a trending scientific motivator. In the case of CBD, as a palliative for tattoo wounds, a study applied to laboratory rats revealed that the anti-inflammatory responses in the skin of laboratory rats were very satisfactory, which would help people to combat any concerns related to skincare through the use of cannabinoid.

Of course, CBD is being studied more thoroughly every day. Suppose we add to this the 2018 Farm Law’s approval, which legalizes the cultivation and commercialization of hemp. In that case, we can deduce that people are much more willing to experiment and report anecdotal evidence that could lead to more laboratory investigations.

Smoking Weed Before The Tattoo: Is It Bad To Smoke Weed Before Getting A Tattoo On Your Skin?

Yes, It is advised not to take weed before getting a tattoo on your skin as marijuana can increase the blood pressure and during tattoo implementation there might be a bleeding and heart rate can be increased.

As the tattoo is a process of placing a permanent design on the body part’s skin, a tattoo artist uses needles to put ink on your skin. At the same time, ongoing under this process, a person has to face a small amount of bleeding and slight pain on their skin.

As it causes bleeding on your skin, so, it is not appropriate to smoke weed before getting ink as weed consumption increases mild-moderate blood pressure and heart rate in your body. The high heart rate causes an increase in blood flow through vessels and results in an increase in bleeding while getting inked, and it will face slow clotting issues of bleeding.

The pain’s sensitivity is affected by the weed, and some people face more pain while getting ink if they have smoked weed earlier.

The process of getting a tattoo requires some safety rules. It is usual for the tattoo house to make you sign a paper in which you ensure that you are not under the influence of toxic substances such as alcohol or cannabis.

If there is no problem with smoking before tattooing, the ideal is to opt for the Indica variety. This is because it relaxes the body and mind. If you smoke Sativa, it can cause nervousness or a feeling of bloating, so it is not recommended.

For some people, Marijuana Tattoos have a different meaning so let us share some of them.

At WeeDeeliver, there are products such as CBD patches, CBD oil or balms, and creams that will relieve your pain. It is recommended that you experiment with them before the day of tattooing; this way, you can assess their properties and avoid possible allergic reactions to these products.